Coding Express: drive children to the world of programming

Have you ever thought that one day your toy train can follow your lead and play with you like a real friend? At least for me, I was always looking forward to the responses from my toys when I was little. In this year, the Coding Express from Robobloq can fulfill all your fantasies of having an intelligent toy train. 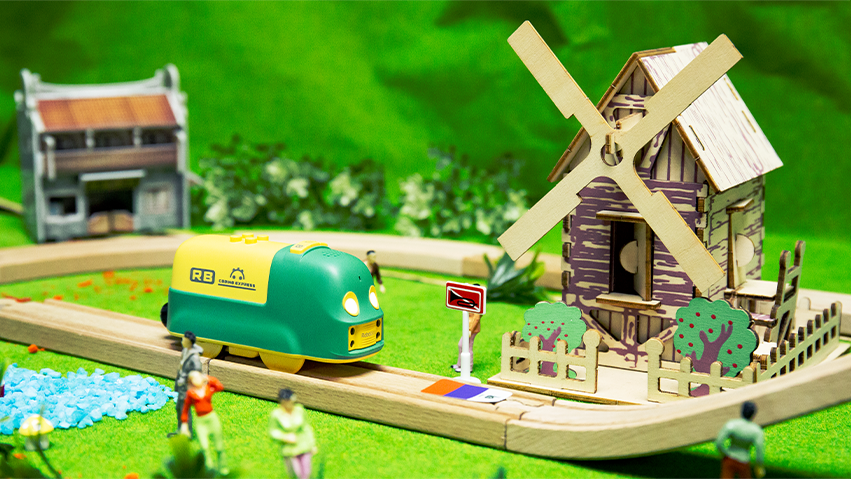 The Coding Express realizes an attractive interaction between the toy and the players through the combination between various build-in sensors and inductive colored stickers. Children can experience the magical glamour of primary coding study and also develop their creativity and logical thinking while playing.

What is Robobloq's Coding Express?

Robobloq's Coding Express is designed as a programmable educational robot train for the preschool children who are above three years' old. However, both parents and children can gain a lot of fun from the exploration of the intelligent robot train.

Robobloq has always been devoted to integrating the STEAM education with advanced robotic products and bringing the brilliant idea into reality. The Robobloq's Coding Express has as well concentrated in developing children's STEAM skills from three aspects, which are interactive, creative and educational.

The Coding express stresses the importance of interaction with the players. It is styled with two playing modes- free mode and track mode, which not only sets the toy train free from the train track but also enriches multiple interactive ways with children. Under each playing mode, it can always be children's best screen-free buddy who accompanies with them and keeps them away from the electronic devices.

The build-in sensors in Coding Express are also capable of reacting to multiple instructions that come from the colored stickers, whistle sound and even our hand, which make it stand out in the toy train world. More importantly, we believe that the good quality and long duration of the beech wooden train track are able to last for decades and realize a cross-generational interaction between the parents and their children.

The Coding Express is also designed to discover the creativity of children. The set of beech wooden train tracks for more than 2 meters' long is compatible with the Ikea's wooden train toys. The diverse construction of the train tracks can motivate children to play with their imagination and there is no limitations to create your own train journey.

Beyond that, the 2x2 peg points on the top of the train are also compatible with any Lego blocks, allowing the players to decorate their train freely. The magnet at the back of the train also can be used to carry an additional carriage to transport any goods you like. No matter it is for children or adults, every participants can gain much more fun from the new creation of playing methods.

Last but not the least, the Coding Express aims to introduce children to the magical world of programming from their beginning of interest. Children were born with a strong curiosity to their surroundings and interactive things. To find out the workable way for the train to arrive at their desired destination, they will design their own train tracks in numbers of amazing ways and try to figure out the relationship between the stickers and the train by themselves. Study while you play, the playing with the Coding Express not only cultivates their logical thinking but also develops their problem-solving skills by coming up with more new and creative solutions. 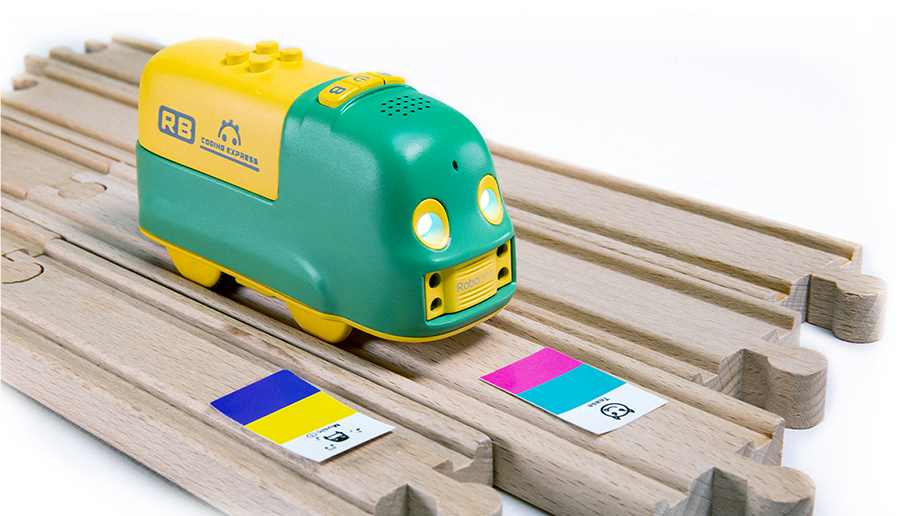 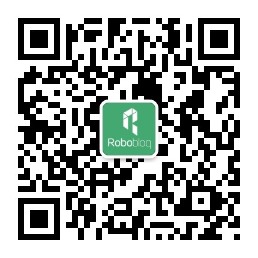